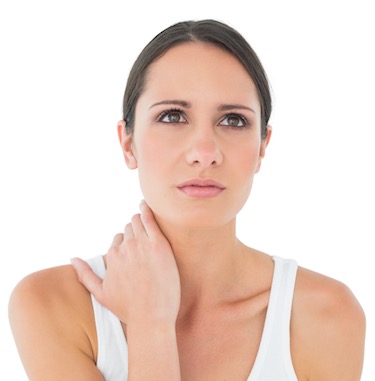 The RMIT University and Royal Melbourne Hospital researchers conclude, “Acupuncture can be used as alternative and safe prophylaxis for frequent migraine. Our recommendation is that practitioners treat migraine sufferers twice per week for at least eight weeks.”

The researchers detailed issues concerning providing a valid sham control protocol for the study. They reported concern that some sham techniques involve needle penetration of the skin and, although the needles are not placed at acupuncture points, they activate spinal gate control system that stimulates pain reduction in spinal nerve segments by diffuse noxious inhibitory control. The research team used a hybrid technique of combining shallow insertion sham acupuncture needle stimulation on body acupoints while scalp sham acupuncture involved only non-insertion of needles. The researches comment that the “procedure seems to have been successful in this study.”

The researchers note, “The present trial showed that acupuncture was effective in reducing migraine days, as well as effecting a reduction of medication consumption and improvement in quality of life, when compared with sham acupuncture.” They add that the “results demonstrated that manual acupuncture can be an effective and a safe prophylaxis for frequent migraine sufferers.” The positive patient outcomes were achieved using a semi-standardised treatment protocol.

The researchers devised a protocol in two parts.

The first part involved a set of mandatory acupuncture points to be applied to all patients in the real acupuncture group. The second part allowed for the addition of supplementary acupuncture points based in Traditional Chinese Medicine (TCM) differential diagnostics. The total number of needles needed to be in the range of nine to twelve. All participants in the real and sham acupuncture groups had needles that were 0.25 mm in diameter. Needle length ranged between thirty to forty millimeters. The Hwato brand of needles made in the Suzhou Medical Instrument Factory (China) were used.

The mandatory acupuncture points were:

The supplementary acupuncture points were:

Supplementary point selections were based on the following differential diagnostic patterns within the TCM system: ascending hyperactivity of liver yang, deficiency of qi and blood, wind-phlegm blocking the channels, and blood stasis. For the real acupuncture group, the needles were inserted transversely, obliquely, or perpendicularly. The depth of needling ranged from ten to thirty millimeters. The de qi sensation was induced by manual acupuncture. Needle retention time was twenty-five minutes with the addition of manual needle stimulation every ten minutes.

The researchers designed the study with careful control models and close attention to inclusion and exclusion criteria. The researchers documented design protocols for statistical analyses, sham controls, randomizing procedures, and ensuring the validity of clinical protocols. The inclusion of mandatory acupuncture points combined with supplemental points provided both standardization and customization. The researchers commented that allowing for customized secondary acupuncture point choices based on individual diagnostics is a more accurate reflection of an acupuncture treatment than allowing for only one set of mandatory points per patient.