We are open! Review our Covid-19 Protocols

Xiaoming Tian, L.Ac., CMD is the Director of the Academy of Acupuncture and Chinese Medicine and Wildwood Acupuncture Center in Bethesda, Maryland, Since 1986. He obtained his medical degree from Beijing Medical University where he specialized in sports medicine and bone pathology.

Before Prof. Tian entered medical school, he was a professional athlete and discus throwing champion in Beijing. In the 1960s, Prof. Tian became interested in studying Chinese herbal medicine, acupuncture, and acupressure from Dr. Shi Zhi Mo, Dr. Xiong Qi and Dr. Hope Hwang, who were well-known medical doctors in China. In 1982, Prof. Tian came to the United States and completed his post-doctoral fellowship in bone pathology ultra-structure and biochemistry at both Johns Hopkins Medical University and the National Institutes of Health (NIH).

In 1986, Prof. Tian established the Wildwood Acupuncture Center in Bethesda. He and his associates have provided acupuncture and Chinese medicine treatments for more than 30,000 patients in the Washington D.C. area. In 1991, appointed by the NIH Clinic Center as the first clinical consultant on acupuncture, where he provided acupuncture treatments on the medical staff for sixteen years. In 1996, Prof. Tian and his colleague Shang Qing Chen, Pharm.D., established Academy of Acupuncture & Chinese Medicine to develop research on Chinese herbal medicine and dietary supplements to treat and prevent osteoarthritis, osteoporosis, fibromyalgia and sports injuries. Several thousand patients have benefited from these newly developed supplements, Arthro-Aid® and Osteo-T®. In 2000, Prof. Tian received a NIH clinical research grant on acupuncture for Fibromyalgia at Georgetown University Medical Center as co-investigator.

In 2008-2012, Prof. Tian was appointed by the Secretary of the United States Department of Health and Human Services as a member of the National Advisory Council of Complementary and Alternative Medicine at NIH. Prof. Tian and his associates are devoted to their great efforts in clinical work.

Professor Tian is a revered clinician and sought-after speaker. A few of his many accolades include: 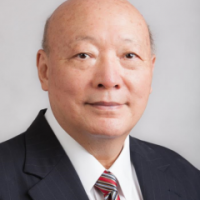